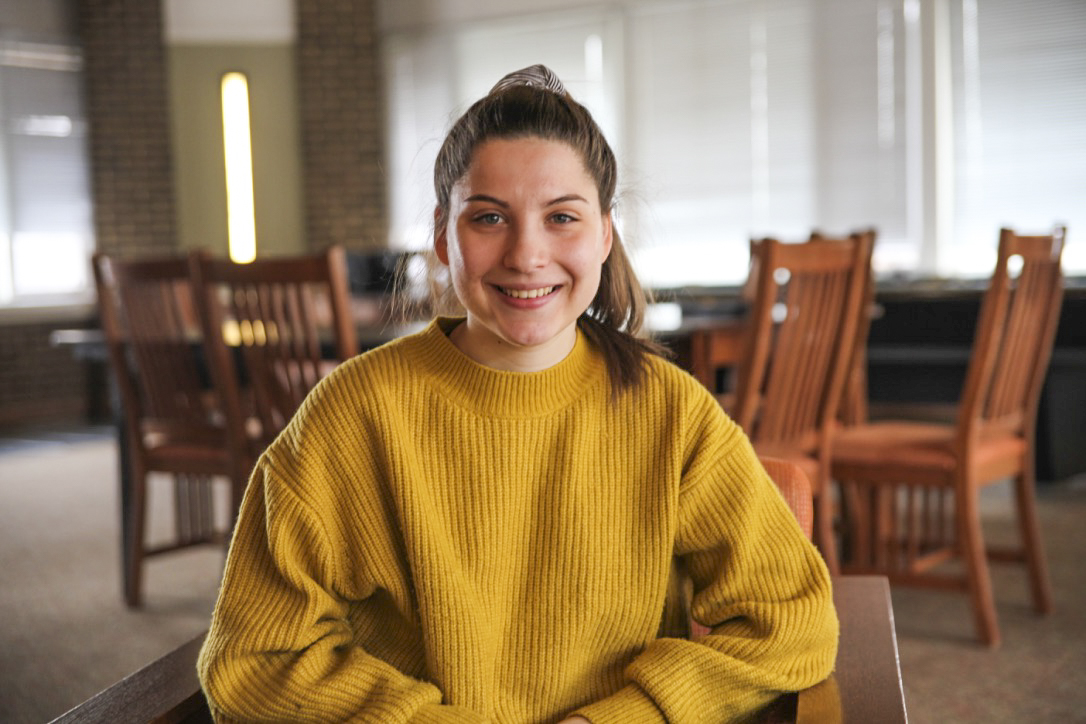 Samantha is a resident assistant for New Gibbons Hall on Cook Campus. A junior from Delran, N.J., she is majoring in political science with a double minor in public policy and economics.

On being an Orientation Leader…

I’ve worked for the past two summers with new student orientation. I really enjoy working with first-year students. Being part of orientation really helped me grow both my personal and professional development. I really enjoyed my work with orientation and heard that being a Resident Assistant (RA) was a similar experience but in a different way with a different perspective. That’s what really drew me in and made me want to give it a try and become an RA.

Being a Resident Assistant (RA)…

As a Resident Assistant, I am really involved and have the responsibility to be present and visible. I always have my door open. I’m always willing to answer the different questions my residents have. I try to create events that cater to my unique group of residents. Becoming an RA has given me valuable leadership experience. A great skill I learned was large scale event planning, [which includes] organizing events that would bring people out and get people to talk to one another. It’s really fun to create programs and hang out with my residents.

Being part of a Sorority and Community Service…

I’m involved with Omega Phi Alpha which is a national service sorority. We pick new projects every semester. Something we do consistently is something called “Buddy Ball”; it is in Edison, NJ. It is an organization that plays sports with kids with disabilities. It’s really fun to play a sport in a relaxed environment and make it fun for them. They don’t really have that opportunity to be active all the time. It is a really a great environment for them, it is so fun and the kids are so funny.

We also have worked with an organization called “Girls on the Run”. It teaches girls how to run a 5k and encourages overall women’s empowerment. I think that’s really cool. They could also make signs to support the other girls. The signs would say things like “find your truths”, “you are beautiful”, or “find your strengths”. These are lessons that they learn every week in a class about empowerment. I think it’s really cool because that was not stuff I learned when I was younger.  I wasn’t saying those things to myself or my friends when I was younger. I wonder what how much my life would be different if I had learned those things in that type of environment. That was really inspiring to see and I have almost cried a couple times because those girls are so cool. Those have been my favorite projects because you don’t really get to see that in other places.

I always been involved with community service. I was a Girl Scout my entire life and the sorority was actually founded by the Girl Scouts. It was something my mom has always done. She was a Girl Scout growing up and was also in a different service sorority when she was in college. It was just kind of something that I grew up with. You really find a tight-knit group of friends who all are have similar ideas about things like service.

On school and working with Politics...

I decided to give political science a try and I really enjoyed it so I decided to stick with it. Then, I added economics because I figured that no matter which way I go in politics, if I even go there at all, that it is important for me to understand how our economy works. Next, I decided to add public policy because political science turned out to be very theory based which I enjoyed doing but I didn’t have a way to really apply that to a job that’s not research-based. So I decided to take a couple public policy classes because it does focus on the practical side of how the government works. I have also been involved with RUSA where I was involved in the legislative affairs committee for both years that I was in it. That’s been a large majority of my experience with working with local, state, and federal officials on a variety of different issues.

I want to be like different and say I go hiking or whatever but I really do just watch Netflix. I watch a lot of the Office.

Operating Status Update: Our offices are open and may be operating with limited services. Click here for updates to Residence Life's operating status. For the latest COVID-19 information visit coronavirus.rutgers.edu.