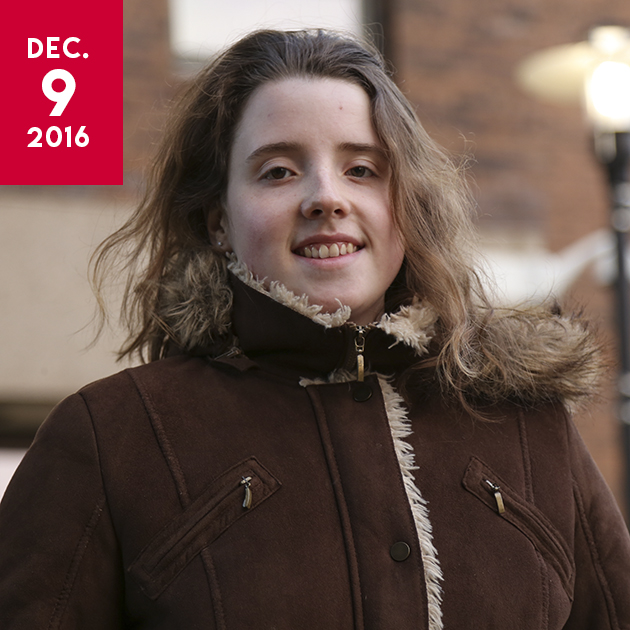 “During the EOF program over the summer I realized I really enjoyed pharmacy. I want to help people. The counselors in the summer program were all pharmacy students and they inspire me because that’s where I want to be in four to six years.

My floor is pretty active compared to others I’ve heard about. Everyone is always saying hi to each other and hanging out and I like that kind of activity because it brings us closer together.

I think what I’m most proud of is being able to put myself out there, like my decision to join the powerlifting team. A lot of the friends that I’ve made here gave me the push and the support I needed to take that next step.

We had a competition in Southampton last weekend and it consisted of three main lifts: squatting, benching, and dead lifting. For each one we did three attempts and we tried to lift as much as we could in one rep. The qualifying total for me was 524 lbs. My biggest attempt would probably be 550/560 lbs so far.”

Paige is a first-year pharmacy student. A native on Montague, N.J., she lives in the Lynton North Tower on the Livingston Campus.